Taking over all brand marketing for the whole company 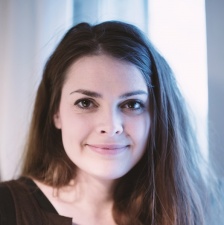 Konttinen's role will see her taking charge of brand marketing across the company. This year has already seen two of its major brands, Zombie Gunship and Nonstop Knight, launch sequels in the form of Zombie Gunship Survival and Nonstop Chuck Norris.

During her time at Rovio, Konttinen spearheaded the launch of Angry Birds Space and secured brand partnerships with NASA, Samsung, and 20th Century Fox. She was mostly recently CMO at Lightneer and co-founded her own company called VAU.

"Flaregames has built such a diverse portfolio in a short amount of time, and that's testament to both the in-house collective skillset and the world-class developers behind the games,” said Konttinen.

"I was initially drawn to the marketing team's philosophy of backing up creative decisions by research and numbers, and I'm excited to further build on this mindset. It's an exciting moment for the company right now and I can't wait to kick off the many brand expansion exercises we have in the works!"

Flaregames' most recent release is Zombie Gunship Survival, developed by Limbic Software. You can find out all about the making of the game in our interview with the two studios.

How to get a job at boutique German publisher Flaregames