Apple has sold an average of 323,000 iPhones worldwide every day for the last decade

Newzoo looks back over iPhone sales to celebrate its tenth birthday 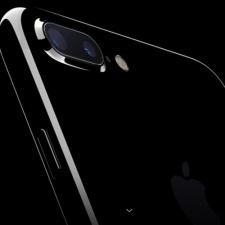 Apple has sold an average of 323,000 iPhones worldwide every day for the last ten years, according to Newzoo.

The market intelligence firm revealed this figure in its latest report, The iPhone: Current Usage and Trends. As the name suggests, it studies usage and sales figures of the iPhone since it first launched in 2007.

The report states that in July 2017 there were 730 million iPhones in use worldwide. This is around one-tenth of the world's overall population.

Given that Apple claims to have sold 1.2 billion iPhones since 2007, this also means that over two-thirds of iPhones sold are still in use. This may not be particularly surprising if you take into account that 82% of all iPhones currently in use were released in the last three years.

China has the most iPhones still in use, with 243 million devices used during July 2017. This represents a third of all iPhones used worldwide during the month.

Apple is currently gearing up for a special event keynote later this evening, September 12th 2017. It is rumoured to be revealing three new iPhone models at the event.

67% of all iPhones ever sold are still being used