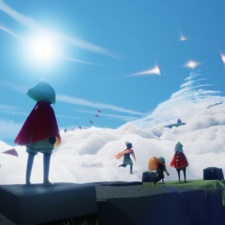 Called Sky, the multiplayer-focused game was described as a social game "about giving".

The title can be played by up to eight players together as they fly through and explore the game’s world, the Sky Kingdom.

No release date has been specified though it’s said to be “coming soon”.

It’s not clear when Sky will be made available on other devices, such as Android, though it has been confirmed as a multi-platform title.

You can watch a trailer for Sky below.