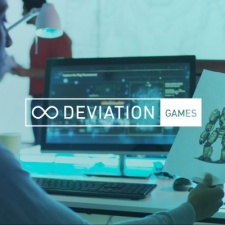 The Infinite Deviation program is designed to improve the representation of women, people of colour, the LGBTQIA+ community, people with disabilities, and other underrepresented groups in computer science. The first product of this was a series of short films dispelling stereotypes about computer science.

Infinite Deviation: Games will take this one step further by giving game designers from all backgrounds the chance to pitch their mobile game idea to Google Play. Winning designs will then be developed, published, and promoted in partnership with Google Play.

The entries will be judged by a panel of industry experts, who will decide on three overall winners. They will be looking for originality, creativity, and a strong narrative that promotes better representation.

Infinite Deviation: Games is accepting entries until October 9th, and entrants must have less than two years' experience in the games industry. Those eligible can enter at the Infinite Deviation website.

Google Play recently announced the 20 finalists for its Indie Games Festival competition. The final will be held on September 23rd at SPiN in San Francisco.