Permanent replacement to be announced in Q2 2018 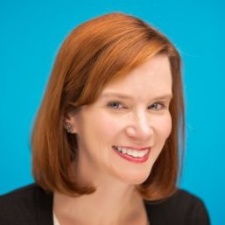 MacLean will work with the board of directors at IGDA to support game creators worldwide. She will remain in the role until a permanent Executive Director is found, which the IGDA hopes to name in Q2 2018.

MacLean has held numerous high-ranking roles in the games industry, most notably as CEO of 38 Studios. She has also worked as the programming director of games at AOL and the President and StoryArc Media.

"With hundreds of higher education institutions around the world offering game development courses, online resources enabling enthusiasts to teach themselves, and an explosion of independent studios, it is now easier to become a game developer than at any point in the history of our craft," she said.

"At the same time, with the massive amount of content released on PC, mobile devices, and even consoles, it has never been more difficult for game developers to succeed in their chosen pursuit. The IGDA must take a leadership position in empowering developers to succeed through connecting them to peers, resources, and opportunities in their local communities and around the world."

IGDA partners up for 3rd semester of Chartboost University