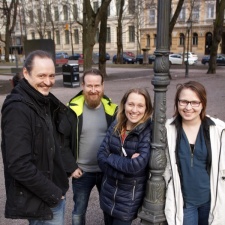 The game will be Quicksave's first release since opening its doors earlier in 2017. The team is made up of former Tribe Studios staff.

The developer is specialising in games for chat apps, and its first title will specifically target the Facebook Instant Games platform. It will tie in with Gigglebug's new series of animations based on the Best & Bester brand.

Best of the bester

"Best & Bester is a fantastic and engaging brand to work with," said Elina Arponen, CEO and Founder at Quicksave Interactive.

"The game concept is very well suited for the communicative environment that exists inside messaging."

Tribe Studio was acquired by Palringo back in May 2015 for an undisclosed sum. The acquisition gave Palringo the capability to create chat-based games with asymmetric multiplayer stories.