Get yourself updated and start playing with ARKit 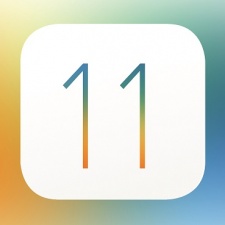 Apple has started pushing out iOS 11 to compatible devices around the world.

The new operating system will be available for the iPhone 5S and better, iPad mini 2 and better, and the sixth-generation iPod Touch. Devices older than these will not be eligible for iOS 11.

Changes coming to the OS include a new App Store, which will focus on editorial content and curation. Top grossing ranks appear to be missing from the store itself, but the data will still be available.

ARKit functionality is also coming to iOS 11 devices, allowing for new AR games and experiences to be created for iPhones and iPads. This includes Directive Games' AR MOBA The Machines.

Other changes include improvements to Siri, camera functionality, and more. A full list of what the changes will mean to developers can be found in our round-up article.

The new OS will like come pre-installed on the new iPhone 8 and 8 Plus devices, set to launch on September 22nd. Prices for these devices start at $699.