Still nine days of the ICO to go 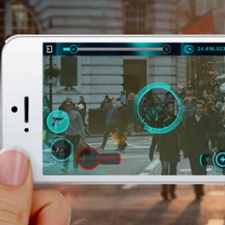 The ICO allows customers to buy in-game currency at a third of the regular price, as well as items that won't be available at launch and more. This offer will run until September 29th, while the game is set to launch in Q3 2018.

Reality Gaming Group is now taking this even further by running a competition for ICO participants. A referral link will be given to those who have already taken part, and whoever brings in the most referrals will win a unique in-game gun.

"We're absolutely delighted with the response to the Reality Clash ICO, which we believe represents a great new way for game developers and publishers to fund their projects," said Tony Pearce, Reality Gaming Group co-founder.

"It also gives gamers a unique opportunity to get into the fast-moving world of ICOs and crypto-currency trading. This competition is a bit of added fun and our way of saying 'thank you' to our community of investors."

The publisher had aimed to raise a minimum of $1.5 million from its ICO when it was first announced back in July 2017. With nine days left to go, there's still plenty of time for much more money to be raised.