PG Connects Helsinki smashes records with 1,200 delegates from over 550 companies in the biggest show yet

Our best Helsinki show ever 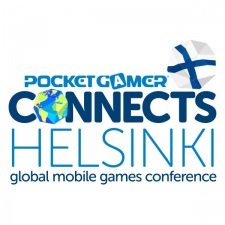 Steel Media's fourth outing of Pocket Gamer Connects Helsinki proved to be the biggest yet, with delegate numbers growing over 25% year on year. 1,200 developers, publishers, investors and service companies crowded into the Wanha Satama dockside venue in Helsinki, Finland on 19th to 20th September.

The show was launched in style with a short but stirring orchestral performance from the amazing Game Music Collective leading directly into talks from some of Finland’s biggest game’s businesses including Rovio, Nitro Games, Seriously, Next Games and PlayRaven.

In total over 190 speakers shared their insight across 18 distinct tracks providing over 52 hours of content.

The topics and speakers were suitably diverse covering familiar areas like monetisation/UA, fund-raising and global game opportunities as well as focusing on the latest trends with dedicated tracks for eSports and Influencers.

The show also featured the ‘soft launch’ debut of PC Connects, a brand new event designed to provide support, inspiration and practical advice to developers, publishers and other key players in the PC industry.

Pitch and match and jam

Besides all the talks, there was also time for a live game jam (Pocket Jam 2) - where over 40 game jammers had just 28 hours to create projects on the theme of ‘More Love Less Hate’ - as well as three Big Indie Pitches (with separate pitches for mobile, VR/AR and PC) enabling indies to get exposure and feedback from press, publishers and platforms.

Of course networking remains the core of any good show. The Helsinki event saw well over 2,500 organised meetings through Pitch & Match, plus countless other connections in the lively expo area, SpeedMatch sessions and evening party.

"We’re very proud to see the PG Connects events continue to grow. But I’m personally most proud of the distinct tone and nature of the event that we’ve managed to maintain, which brings together a true cross-section of the mobile (and now PC and VR) industries from top investors and triple-A companies through to indie developers in a genuinely open and supportive atmosphere," said Steel Media CEO Chris James.

"Obviously it wouldn’t be possible without the support of the awesome people in the industry and Steel Media’s amazing team so I’d like to thank them all. I would also say we’ve got plenty more in store and are already excited about PGC London which we think will be our biggest and best show yet.”

If you didn’t manage to make the show this time don’t despair though as we have our even bigger London event heading your way in just four months times on January 22nd to 23rd. Super early bird tickets are available now and speaker submission are open – get involved!