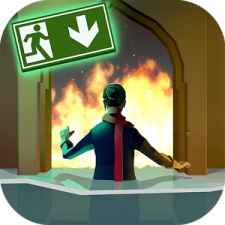 Warner Bros has partnered with Sticky Studios to develop a new mobile game based on the upcoming disaster movie Geostorm.

The movie, starring Gerard Butler, is about climate-controlling satellites that are sabotaged, sparking a catastrophic worldwide storm threatening much of the world’s population.

The Geostorm mobile game is a turn-based puzzler in which players must gather data from disaster zones across the globe as they look to prevent further catastrophe.

The game has been launched on the App Store and Google Play today ahead of the film’s release on October 20th 2017,

“Much more than just a movie game, Geostorm has become a passion project for our team and stands out as a game on its own,” said Sticky Studios CEO Jeroen de Cloe.

“We have worked many months on creating the best possible turn-based puzzle game. The game is fully playable without prior knowledge of the movie. Our goal was to create a truly stand-alone experience.”

Sticky Studios, which has offices in Utrecht, Netherlands and Los Angeles, USA, has developed more than 60 games working with companies like Warner Bros, DC, Disney and Dreamworks.

Past titles include Wonder Woman and Suicide Squad: Special Ops, the latter of which has been played by more than 60 million people.