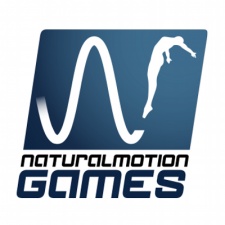 It's unclear how many staff would be laid off as a result of the decision, as the office is thought to house around 50 employees. In a statement to PocketGamer.biz, Zynga said that it planned to move staff to its Brighton and London offices.

The move comes after Zynga announced back in June that it was winding down its commercial technology licensing business, much of which came out of its Oxford base.

NaturalMotion had provided third-party developers with technology including character animation toolset Morpheme and animation engine Euphoria. The tools were used in games such as Grand Theft Auto V, Red Dead Redemption, Quantum Break, Until Dawn and many others.

A statement from Zynga said the move is part of plans to narrow the company's focus to support its “forever franchises” and new IP.

“Over the last year, we’ve been narrowing our focus and orienting our NaturalMotion team around strategic priorities we believe will drive the studio’s next phase of growth,” read a statement from Zynga.

“As part of that work, in Q2 we wound down our third-party licensing and middleware businesses in Oxford, and today, after further review of that location, we’re announcing a proposal to close our Oxford office.

“We’re constantly evaluating our business and exploring ways to concentrate our teams and better support our forever franchises and new IP. Much of the work done in our Oxford office currently supports products in development in our Brighton and London locations, so we see an opportunity to redeploy and increase our talent in those studios.

“We believe that by relocating our teams we can further invest in CSR2, Dawn of Titans and the new action strategy titles NaturalMotion has in development.