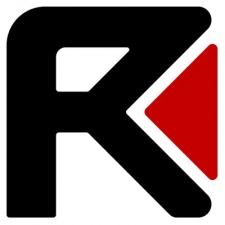 SPYR Games has signed a new publishing deal with US outfit Reset Studios for the development of at least two new idle games for mobile.

The first of these new titles will feature characters and storylines from a “well-known animated television series”.

SPYR is also currently in negotiations for licenses with multiple TV series’ IP holders to use their characters in the new games.

At least one of these licensing deals is expected to be announced by the end of the year.

“Idle tapper games are becoming increasingly popular because they’re so simple and easy for anyone to pick up and play,” said Reset Studios CEO Brad Bower.

“We’re thrilled to work with SPYR to develop new titles and continue innovating in this growing genre. Incorporating characters and content from a celebrated animated television series into the games will make them even more fun and irresistible to play.”

Prior to becoming an independent company, the Reset Studios team worked on free-to-play MOBA Heroes of Newerth. The game was launched in 2010 and attracted more than 30 million users.

The announced of the publishing deal comes shortly after SPYR outlined its plans to acquire multiple companies in, or related to, the games industry. It also said it aims to publish new games using Hollywood IP