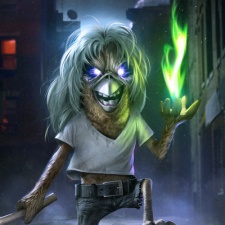 The event will last for two weeks from October 18th and will star ‘Eddie the Bird’ as a special playable character. Players who recruit him to their roster will be able to keep him once the event is over.

Four evolutions of the character will be available, each representing different Iron Maiden albums. Bird Island, the game’s setting, will also be transformed into a Halloween-themed heavy metal oasis.

Rovio plans to make available ‘Eddie the Bird’ merchandise during the event.

The character will also be made available in another mobile game, Iron Maiden: Legacy of The Beast, in 2018.