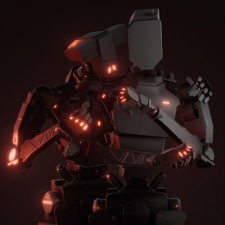 The title had previously been launched on the PC to critical and commercial success. It’s been released as a premium title on mobile with a price of $4.99.

The game puts players into the role of a detective investigating a series of disappearances amongst the city's robotic working class. By collecting words and phrases and using them in dialogue puzzles, players can uncover what’s really going on.

Subsurface Circular is set to be the first in a series of ‘Bithell Shorts’.

“Traditional media are great at telling short stories, but in games we tend to want to hand the player epics," said Bithell Games founder Mike Bithell.

“We set out to create a game that delivers a satisfying experience in one sitting and the response from players has been incredible.”

Bithell has previously worked on titles including Thomas Was Alone and Volume.