Keywords to acquire VMC for $66 million 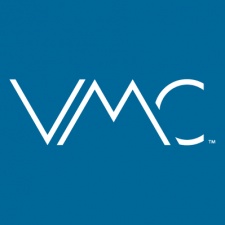 Keywords plans to fund the deal with a fully underwritten cash placing of approximately £75 million of new ordinary shares in the capital of the company.

Should the deal go through it will be the biggest acquisition by Keywords to date.

VMC provides functional testing and customer support services both in and outside of the games industry. For the year up to October 2017 VMC reported adjusted revenues of $57.4 million and earnings before tax of $6.4 million.

Keywords hopes the move will increase its operational footprint in North America and significantly expand its services and profitability.

The acquisition is expected to be completed around October 30th 2017, conditional upon the new funds.

“We’re thrilled to announce the acquisition of VMC which, as our largest acquisition to date, represents an important milestone in our strategy to selectively consolidate the fragmented video games market and generate synergies through scale in certain services and geographies," said Keywords CEO Andrew Day.

“VMC is an organisation we’ve admired for several years for its reputation, scale and high quality service as well as its attractive embedded technical services and crowd-based testing services.

“With secure testing labs in Seattle and Montreal, very close to Keywords own studios, we expect to be able to leverage the strengths of both organisations while achieving significant cost synergies to deliver profit performance similar to that of the rest of the Group."

Keywords has been on an acquisition spree ever since it went public in 2013. Recent purchases include work-for-hire developer d3t and four Paris-based loclisation studios Marque Rose, Dune Sound, Around the Word and Asrec.