64GB memory, dual-camera set-up, and all the other good stuff 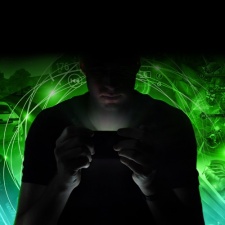 Specifications of Razer's upcoming gamer-focused Razer Phone have already leaked ahead of its official unveiling on November 1st.

As reported by Phone Arena, the Razer Phone will pack 8GB of RAM into its system with 64GB of storage. It will be powered by a 4,000 mAh battery with Qualcomm Quick Charge 4+ technology.

The screen will be 5.72 inches with a 120Hz refresh rate and Wide Colour Gamut. It will also include a dual-camera on the rear, made up of one 12MP and one 13MP camera.

All the bells and whistles

Razer confirmed it was working on a gaming phone back in September 2017. The company stated at the time it would be due out by the end of 2017.

The company is currently planning an IPO in Hong Kong to raise $600 million. It filed the initial paperwork for the IPO on June 30th 2017.

We won't know for sure what the Razer Phone will come equipped with until 1pm PDT tonight, November 1st. The reveal will be streamed on Razer's Twitch channel.