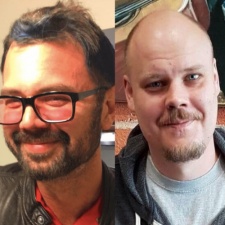 Unity has hired two ex-Insomniac Games staff to head up a new studio in Los Angeles.

Both Mike Acton and Andreas Fredriksson have joined Unity as Principal Engineers at the new location in Burbank. It will be used to help advance Unity's technology even further.

Acton joins from his role as Engine Director at Insomniac, where he has worked for the last ten years. Fredriksson was a Lead Engine Programmer at the studio, and had previously worked on the Frostbite engine at EA studio DICE.

"Joining Unity is an ideal and logical next step for me. Working on Frostbite and Insomniac Games' internal engine was very rewarding and challenging but, ultimately, the number of developers I could directly help was limited," said Fredriksson.

"I knew that this was an opportunity to not only change how games are built, but set a new bar for engineering across large-scale projects everywhere," added Acton.

Unity launched the latest version of its engine in July 2017, when it added Timeline and Cinemachine features that allow for easier camera control. It also continues to add support for new technologies as they arrive, including iOS 11 and ARKit in September 2017.