Unclear why or where he's going next 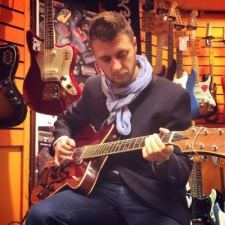 Posting on Facebook on November 10th, Louhento simply said that he "decided to depart from Supercell after these magical 6 and a half years, my last day being today. Thank you all for this magical journey!"

It is unclear why he has chosen to leave the developer at this time. Louhento has also not revealed any plans for the future thus far.

Louhento joined Supercell back in August 2011 from Sulake Labs, where he was Art Director. He is credited as one of the creators of the developer's biggest game, Clash of Clans.

He had been in the games industry for almost 20 years before joining Supercell, starting off as a Graphic Artist at Bloodhouse, which eventually became Housemarque. Louhento has also held roles at Funcom and Eurocom.

We last spoke to Louhento in October 2012, shortly after the launch of Clash of Clans, to discuss the making of the game and the reaction to the game's initial success.

Supercell seeks new Builder for Clash of Clans - Apply within