Hoping to bring in more funding in the new year 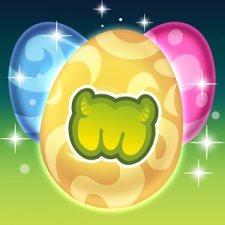 Moshi Monsters creator Mind Candy has secured another $1 million to keep itself in business over the coming weeks.

As reported by The Telegraph, the additional funds were raised from existing investors Accel and LocalGlobe. CEO Ian Chambers has said that while the company is experiencing a "very difficult period", it has seen "solid progress and momentum" in recent months.

Mind Candy is currently focusing its efforts on new brand Petlandia, which sells customisable books featuring people's pets. It is hoping to secure new investment in the first quarter of 2018.

This is the second time the company has raised more money from existing investors in 2017. It secured $1.5 million of investment in April 2017, and renegotiated a loan from TriplePoint Capital.

It has also attempted to reboot its Moshi Monsters franchise, with the launch of Moshi Monsters Egg Hunt in October 2016. It had secured 500,000 downloads as of April 2017.