Former Kabam staff at Aftershock working on the game 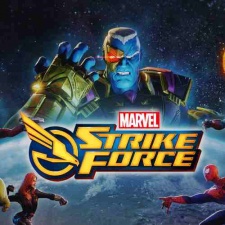 Exact details of the game are thin, but it appears to be a team-based RPG battler in a similar vein to Star Wars: Galaxy of Heroes. Players will collect heroes from the Marvel universe, level them up, and fight through single and multiplayer modes.

Marvel Strike Force is being developed by FoxNext's Los Angeles studio, and is due to launch sometime in 2018. The partnership was initially revealed in July 2017.

FoxNext's LA studio was formerly known as Aftershock, and was formed from ex-Kabam staff after the company's sale to Netmarble. FoxNext picked up the studio back in June 2017.

The team are also still working on a massively multiplayer mobile strategy game based on the Avatar film series. The game has been in development since June 2016.

Marvel Strike Force will most likely have stiff competition from Marvel: Contest of Champions, Kabam's original game that is now handled by Netmarble. The game generated 12% of Netmarble's revenues in its most recent financial quarter.