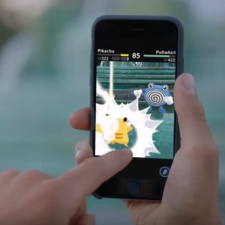 Pokemon GO developer Niantic has raised $200 million in a series B investment round.

As reported by The Wall Street Journal, the funding round was led by Spark Capital and also included Founders Fund, Meritech, Javelin Venture Capital and You & Mr. Jones.

Interestingly, one of the backers was one of China’s biggest games publishers, NetEase. The publisher has launched games such as Fantasy Westward Journey, Ghost and Onmyoji.

As part of the funding round, Spark Capital Partner Megan Quinn has joined the board at Niantic.

Niantic previously raised $30 million in a series A funding round in 2015, with backers including The Pokemon Company, Nintendo and Google.

Less reported by data companies however is the revenues the studio has earned through sponsored locations for the game and other partnerships, bringing potential earnings up significantly higher.

Pokemon GO continues to gross well and anticipation is high for what it will do with the hugely popular Harry Potter licence.

Niantic was ranked second in PocketGamer.biz's Top 50 Developer list for 2017.