$400,000 in prizes given out across the competition 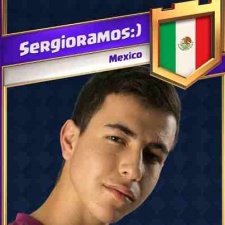 Supercell has wrapped up the first season of its Clash Royale Crown Championship with 16-year-old player Sergioramos:) taking the top prize of $150,000.

The Mexican teen beat US player MusicMaster three games to one in the final battle. MusicMaster went home with $75,000 for reaching second place in the tournament.

Overall, $400,000 in prizes were handed out to players across the tournament. Those that made it to the final 16 were guaranteed to win at least $7,500 no matter how the ranked in the championship.

"When I first started playing Clash Royale, I was just doing it for fun, and I never could have imagined making it to this level," said Sergioramos:).

"There were so many other amazing competitors at the World Finals, and it was an honour to have played with them this weekend."

The Clash Royale Crown Championship World Finals took place at The Copper Box Arena in London’s Olympic Park on December 3rd 2017. You can find out more about the show's production and its attempt to channel the Olympic spirit in our interview with Supercell "eSports man" Tim Ebner.