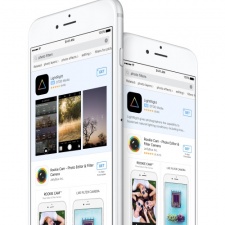 Apple is expanding its Search Ads platform with the launch of an indie developer-friendly tool known as Search Ads Basic.

The Basic service works on a pay-per-install basis, and asks developers to choose the app they want to promote, set their maximum monthly budget up to $5,000, and choose the maximum cost-per-install that they are willing to pay.

Apple will automatically generate an ad for the game or app and begin pushing it out to the App Store. Developers can then check in on the ad's performance whenever they like, and adjust their budget or pause the ad for as long as they want, whenever they want.

The program is currently only in the US, but it will likely roll out to more countries in due time.

The previous iteration of Apple's Search Ads will continue under the name of Search Ads Advanced. This version allows developers to target certain keywords and audiences, but is charged per tap, rather than per install.

Apple launched its Search Ads platform in October 2016. It has quickly become a popular platform for advertisers, and ranked highly in AppsFlyer's most recent Performance Index.