22 million users of its platform, 10 million of which are girls 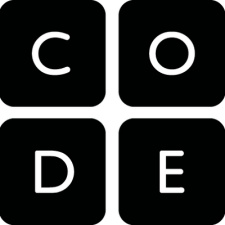 Educational non-profit Code.org has raised $12 million in philanthropic funding to continue its efforts in offering all students the ability to learn how to code.

As noted in the company's blog, funding was provided by the Bill & Melinda Gates Foundation, Infosys Foundation USA, and PricewaterhouseCoopers.

The charity also announced that over 10 million girls now had student accounts on its platform, which has 22 million users in total.

The figures were announced at an event organised by Code.org to kick-off Computer Science Education week. 102 organisations worldwide made pledges at the event to further fund computer science education for young people.

"While significant work remains ahead, today's pledges, dedication, and support reflect unprecedented global momentum behind the vision that every student in every school deserves the opportunity to learn computer science," said Hadi Partovi, Code.org founder.

One of the new pledges was the UK government's latest Budget, which has set aside £84 million to ensure over 8,000 teachers are fully qualified to teach computer science to GCSE level.

Raspberry Pi merges with CoderDojo to get more children coding