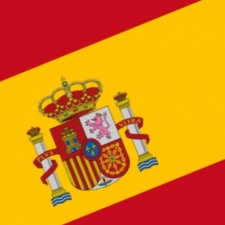 The Spanish government has revealed plans for a €6.5 million ($7.9 million) grant for local game developers.

As reported by Polygon, the fund will be available to studios who have been active for at least six months and with an annual turnover of less than €2 million ($2.4 million). Developers can apply for grants of up to €150,000 ($182,000).

The move comes around a week after it had been announced that Spain had cancelled a previous grant provided by the European Union. It has now been revealed that the grant was instead stalled due to a change in management at Spanish games industry trade body DEV.

The future of the industry

"The future of our industry depends, to a large extent, on the success of independent studies and the employment that we can generate for future professionals," said DEV president Luis Quintans.

"We therefore need both public and private initiatives to grow this important pool of great talent so that we achieve an industry capable of undertaking the large projects that will position us in the place we merit."

Government funding for games seems to be increasing across Europe. The UK Games Fund was given an additional £1 million ($1.4 million) by the government in November 2017 to extend its program into 2020.