Could use its panel audio technology in upcoming Pixel phones 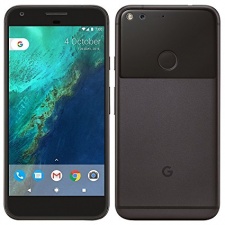 Google has quietly acquired Cambridge-based start-up Redux which is developing technology which uses a device's screen to produce audio instead of speakers.

As reported by Bloomberg, the deal was confirmed on December 13th 2017 by a filing with the UK's Company House stating that shares of Redux's holding company had been transferred to Google. However, it has been suggested that the acquisition happened in August 2017.

Redux's technology uses panel audio, which creates sound through vibrating a device's screen instead of through speakers installed in the device. It can also create haptic feedback on the screen using the same vibration technology.

The company had raised a $5 million series B funding round in March 2017. The funding round was led by Golden ARIE Hi-Tech Ltd and helped the firm push into the mobile, automotive and computing industries.

Google will likely want to utilise Redux's technology in its own line of Pixel phones. Its latest phone, the Pixel 2, was released in October 2017, and the company has previously stated it wants to "follow the rhythm of the industry".

The company also acquired a team of HTC staff that had previously worked on the Pixel phones for $1.1 billion in September 2017. It did not take a stake in HTC in the deal.