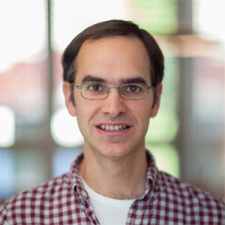 "We don't have anything like a physics engine for stories – yet," noted Poulakos, saying that currently we are in the "cave painting" phase of using computers to write stories.

He pointed to how game designers are turning to Hollywood for inspiration on narrative design, but that using non-interactive story design doesn't work well in an interactive medium.

The issue is that film and game storytelling lie on two ends of a spectrum, with "structure" on the film side and "agency" on the game side.

What Poulakos is interested in is how to reach a middle point on this spectrum, which he believes can be achieved with a "physics engine for stories".

Disney Research has been exploring this through automated story production, where an author draws a brief outline and then a computer fills in the blanks and builds a story from the storyboard provided.

Poulakos also pointed to "crowdsourced story generation", in which an AI generated a plot for a bank robbery by learning various plot points that were crowdsourced for the project.

He warned however that while these technologies might appear to be advanced, there is still a long way to go before it can be effectively applied in games.

He also said that future technologies should keep the author in the loop with narrative design and thinks that it might be impossible to ever fully remove people from the process, as "humans are the better storytellers".

"If in doubt, leave it out": How to write game narratives for an audience that hates cutscenes