"If in doubt, leave it out": How to write game narratives for an audience that hates cutscenes 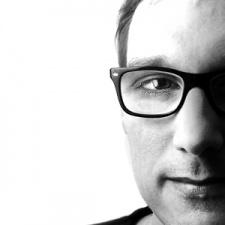 At Ludicious 2018, freelance writer Morten Brunbjerg gave a talk on writing game narratives for an audience with a supposedly shrinking attention span.

He started by identifying what makes gamers "mad", including finishing player goals in a cutscene, making cutscenes unskippable, and using cutscenes when they're not necessary.

Brunbjerg then spoke about his usual process when "finding the story", where he first defines a "logline" of 25-30 words to describe the overall story, along with a theme to always refer back to when making narrative, and then a larger synopsis of the story.

When it comes to priorities, he observed that the "essential story" is all that really matters – the world building, characterisation, and "nice to have bits" can usually be confined to cutscenes, and can therefore also be thrown out in some cases.

Smarter than they look

Brunbjerg then turned to the story itself, saying that writers should start with an excellent hook, whether that be asking a question or landing the player in a "weird" scenario, to immediately draw them in.

As for dialogue, he warned against over-explaining points, and trimming as much dialogue as you can – "if in doubt, leave it out", he chimed.

He also suggested using indirect dialogue – Brunbjerg suggested making a rule for writers in which speakers in dialogue cannot answer each other's questions, offering the player suggestions for objectives but not outright telling them.