Jo Twist leads a panel on investment, free-to-play, and buzzwords 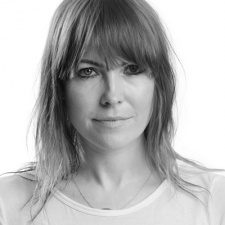 As part of Pocket Gamer Connects London 2018, Ukie CEO Jo Twist led a panel of British games industry experts on a discussion on the state of play in the UK industry.

"The investment community is slowly waking up as they see games becoming more pervasive in culture," said Livingstone, saying that UK investors aren't sure how to invest, and more money is typically available from outside the country in the US and China.

"The smart investors and the smarter companies in 2018 are trying to raise a lot of money but keep things small," noted Hade, adding that after Space Ape raised a $7 million series C round, it hired 50 people in 12 months, a move which "nearly killed us".

On the topic of the free-to-play market, Burnill stated that "we're trying to create hobbies and interests for people," adding that developers should be cautious when designing their monetisation models, but that the industry should also take a more positive look at the model as a whole.

"You can go and raise a bunch of money with a buzzword," noted Holmwood, warning that developers shouldn't necessarily throw themselves into blockchain or AR tech unless the experience they're developing actually makes a strong use of the technology.