Martine Spaans leads a panel on ideas and working with others 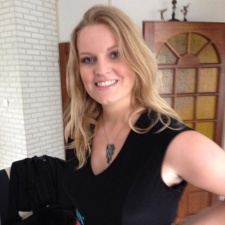 At Pocket Gamer Connects London 2018, Tamalaki founder Martine Spaans led a panel of developers on "how to get ideas to happen".

"Almost every studio has an infinite number of ideas," said McKendrick, adding that it's a case of whittling down the ideas and working with the rest of the team to decide on the best possible idea or solution.

Azhar backed this up, noting that developers should break down their ideas into what the actual core idea is, and should be more self-analytical when developing their ideas.

Santos also suggested the developers shouldn't hold too tightly to their ideas, and be open to working with others who may not like the initial idea, but can help to make it into something better.

As for actually prototyping an idea, McKendrick said that developers have to start work on an idea as early as possible and "see them through", even when the game is rough around the edges and might not be "fun" yet.

Santos also suggested that developers should get player feedback and use it to influence the design, but noted that "you have to interpret what the feedback is", as players don't always know exactly what they want.