Brings total investment in company to date to $10.4 million 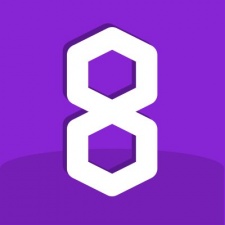 California-based augmented reality tech start-up 8th Wall has garnered $8 million in a Series A funding round to make developer tools.

8th Wall was set up by former Google and Facebook engineers with the aim to provide tools to make AR apps.

Its platform can be integrated into both Apple’s ARKit and Google’s ARCore, enables full scale tracking, as well as lighting estimation, surface detection and camera overlays.

The company plans to use the investment to expand its toolset with new products and services for AR developers.

Breaking down the walls

The $8 million funding round was led by Norwest Venture Partners, which was also a lead seed investor in the company. NVP general partner Vab Goel will join 8th Wall’s board of directors.

Other investors in the round included The Venture Reality Fund (The VR Fund), Shasta Ventures and Sparkland Capital.

The funding round brings total investment to date in 8th Wall up to $10.4 million.

“Most people’s first experiences with AR will happen on mobile, and mobile AR will undoubtedly be the catalyst for growth in a wide range of industries,” said 8th Wall CEO Erik Murphy-Chutorian.

“AR presents the chance to reimagine applications in a way never previously possible and will lead to user interactions that are much more natural. AR developers hold the key, but they need a new suite of tools and services to make it happen. We help them get through the door faster.”