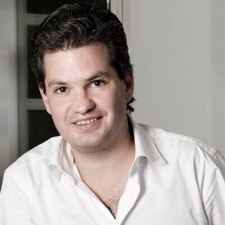 Instant chat app gaming may be in its early stages but the potential audience for these titles is already huge.

Speaking at the White Nights Conference in Prague, CoolGames CEO Laurens Rutten discussed why the messaging app could be the next big games platform.

He claimed that in 2016 the amount of time people spent in chat apps like Facebook Messenger, Snapchat, WeChat and others increased by 394 per cent on the year prior.

Many of these apps now have hundreds of millions of users, some over one billion.

Rutten shared a chart showing user numbers for the most popular messaging apps, as well as what kind of games they can run.

Despite the large userbases, and in cases like Instant Games high engagement with titles on these platforms, monetisation is still in the early stages.

Facebook has begun testing ads and in-app purchases, but it may be some time yet before serious money is made from chat app games, particularly as developers get to grips with the new design challenges and how best to monetise.

Check out our recent interview with Rutten for more of his thoughts on the chat app games market.