Opening up cross-promotional opportunities between Reality Clash and Snatch 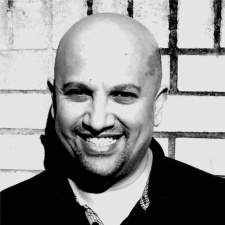 Snatch is a location-based, AR-enabled mobile game which tasks players with visiting real-world locations to pick up virtual parcels. The developer has partnered with brands such as Deliveroo and Samsung to offer real prizes for players.

Hirani will use his expertise in growing his game to help steer the future of Reality Clash. Reality Gaming Group will also explore cross-promotional efforts between its game and Snatch.

"His expertise and experience in building and launching a mobile AR app will be invaluable as development of the game enters a crucial stage. We are also excited at the opportunity to explore synergies between our respective titles."

Reality Gaming Group raised over $3.5 million from its ICO for its first game. It has since partnered with esports app Gizer to bring competitive tournaments to Reality Clash when it launches.