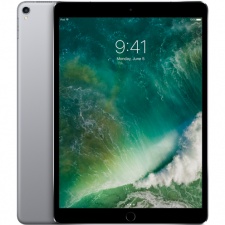 Recent filings by Apple with the Eurasian Economic Commission suggest that the company could be refreshing its line of iPads in March 2018.

As reported by MacRumors, Apple has registered a number of tablets with the commission, which are legally required for devices which use encryption in Armenia, Belarus, Kazakhstan, Kyrgyzstan and Russia.

Two of the tablets feature model numbers which do not correspond to existing tablets, suggesting these will be entirely new devices. There are also other products with model numbers unlike any Apple has used before.

In the past, products filed with the Eurasian Economic Commission have been revealed within two weeks of the filing. This suggests that Apple will be sharing more information sometime in March 2018.

Apple is also rumoured to be developing its own AR headset, which it is aiming to launch in 2020. It will feature a new chip designed specifically for the hardware and run on an entirely new OS.

The company posted record revenues of $88.3 billion in its Q1 FY18, up 13 per cent year-on-year. Its iPhones are still its biggest selling products, shipping 77 million units during the quarter.