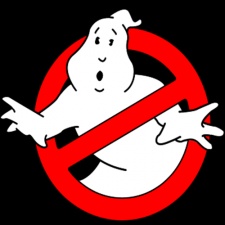 Ghostbusters World was announced with a 2018 release window as a part of Google’s ARCore programne.

Part of a collaboration with Sony and Ghost Corps, the game is set to feature the usual fancies of the AR trend, along with battling and capturing ghouls and ghosts in the real world the primary goal of the game.

Players will also be spoilt for choice with a familiar cast of elusive creatures from the films, TV shows, comics and previous games, along with some newer monsters thrown in for good measure.

A brief demo is currently playable at Google’s booth at Mobile World Congress in Barcelona, Spain.

Who you gonna call?

“The Ghostbusters Universe is rich in characters and Ghostbusters World is the perfect medium to get to know these characters in a whole new dimension,” said Ghost Corps principle Ivan Reitman.

FourThirtyThree CEO Sung-Jin Han added: “We are thrilled to work with Sony Pictures Entertainment and Ghost Corps to bring the iconic Ghostbusters franchise to life. Fans will have the opportunity to take a walk through an immersive game environment that merges our everyday world with the many ghosts from the Ghostbusters Universe. It’s an unparalleled experience.”

Further details on the new title will be revealed at GDC next month.