Toolset designed to enable developers to create Pokemon-Go like experiences 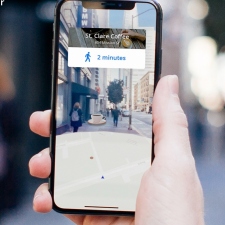 The toolkit combines AR rendering software with the company’s own location platform to help developers create titles akin to that of Niantic’s Pokemon Go.

The Mapbox location platform provides users with a global map and real-time traffic and navigation reports, and it's used by more than one million registered developers. The firm's SDKs are used by companies including Snap, Lonely Planet and Hotels.com more.

Mapbox AR provides live location information from anonymised place visit data, aggregated from over 300 million users a month. It’s built with over 125 million points of interest from a world atlas of locations and categories, using sources such as FourSquare to build up its maps.

“AR isn’t just a catchy trend in Silicon Valley, the future of how we experience the world around us is going to change with the applications developers are building in AR today,” said Mapbox CEO Eric Gundersen.

“We want to provide the best possible tools for joining augmented experiences to the world around us. As the first platform to provide true global reality-grade data, we cannot wait to see what developers build and are excited to help accelerate the transition from static maps to entirely new experiences.”

Mapbox AR is the latest tool from the US company, which raised some $164 million in investment from Japanese telecoms giant Softbank last year.