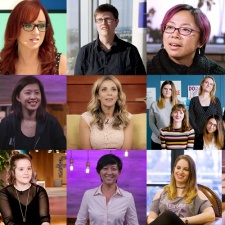 Social media giant Facebook has launched a new Women in Gaming Hub that aims to empower and inspire women to join the industry.

The social hub was built over the past two years and features interviews with Rovio CEO Kati Levoranta, Wooga lead writer Rebecca Harwick and What’s Good Games host, producer, writer and COO Andrea Rene, along with numerous others.

One of the features of the site is called #SheTalksGames through which Facebook plans to interview 100 women in the industry as a means to inspire others to share their challenges, opportunities and aspirations.

The hub will also feature “Women in Gaming Stories days,” which will encourage women to share what it’s like to work in the industry today.

A partnership has also been announced with industry association Women in Games Jobs as a means of bringing new research and perspectives into the conversation of industry diversity.

Facebook has promised to champion the women of the industry at significant gaming shows throughout the year such as Gamescom and the European Women in Games Conference.

If you would like to view the hub yourself you can do so here.