Apps highlighted include 80 Days, Zen Koi 2, Race for the Galaxy and Kami 2 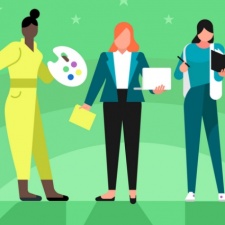 This week Google Play is highlighting apps and games made by women this week as part of its Change the Game initiative.

Apps highlighted this week include 80 Days, Zen Koi 2, Race for the Galaxy and Kami 2. Google is also partnering with YouTube influencers OMGItsFireFoxx, CyberNova, Gloom and Rosanna Pansino on videos sharing their personal stories of getting into games.

On top of this, around Google Play the company is promoting games, books, films and TV shows that star female protagonists. This includes the likes of Lara Croft Go, Layton’s Mystery Journey, The Handmaid’s Tale, Brave, Wonder Woman and Frida.

The scheme coincides with International Women’s Day, which takes place on March 8th 2018.

Google’s Change the Game initiative was launched in late 2017. At the time the company conducted a report with Newzoo that found that 49 per cent of mobile gamers are women.

However, the report also stated that 44 per cent more of the app icons feature male characters than female ones in the top 100 grossing games on Google Play.

This is something Google believes has led to a majority of women to think that 30 per cent or fewer mobile games are made for them.

“Our mission is to make mobile gaming truly for everyone by celebrating and empowering women as players and creators,” Google pledged in its report.

“To do this, we’re committed to improving gender diversity in the following three areas of the mobile gaming world. While moving the needle won’t be easy, we are determined to keep working toward long-term change.”