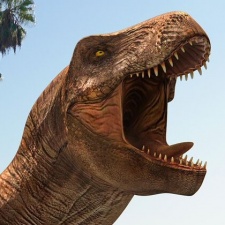 The title is set to roll out on iOS and Android just ahead of the movie franchise’s latest instalment Jurassic World: Fallen Kingdom, which hits cinemas on June 22nd.

Players can expect to capture and level-up an array of dinosaurs from movie favourites to mobile exclusives. They can also create genetically modified dinosaurs in a lab and then put them to the test against other players in a real-time player-versus-player arena to garner further rewards.

Ludia already has plenty of experience with the Jurassic Park licence, having developed Jurassic Park Builder for Facebook and mobile back in 2012.

Jurassic World Alive is the latest title in Universal’s planned expansion into the games industry. Former Disney mobile games SVP and GM Chris Heatherly joined last September to oversee the creation of games and digital content for mobile, console and PC platforms that take advantage of the company’s franchises.

“With the location and AR technology available today, we can finally make that dream a reality.”

Ludia CEO Alex Thabet added:“With Jurassic World Alive, our goal is for audiences to be fully immersed into a world with living dinosaurs in a way that’s never been possible until today.

“We’re giving them the opportunity to explore and connect with likeminded players while building and interacting with these powerful prehistoric species.”