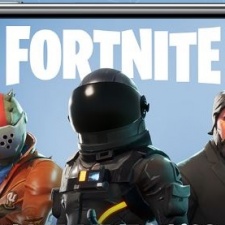 Specifically, the developer is releasing the battle royale mode on iOS, with an Android version coming at a later date.

The title will also include cross-play with PS4, PC, and Mac users. There was no news on whether Xbox One would eventually offer cross-play functionality with mobile.

Epic said the mobile release would feature the same gameplay, map, content and weekly updates as its desktop and console counterparts.

Players can start signing up to the iOS ‘Invite Event’ from March 12th on the Fortnite website. The game is expected to release “soon thereafter” via direct download links for the App Store. More invites will be sent to players over the coming months.

Chicken dinners all round

Epic will be hoping it can replicate some of its success on PC, where it has garnered more than 40 million players and is one of the most viewed games online, on mobile.

The battle genre has proven lucrative for NetEase, whose Knives Out title is said to have made as much as $24 million in February 2018 alone. It also has other battle royale games such as Rules of Survival.

Tencent’s official Playerunknown’s Battlegrounds mobile releases meanwhile have got off to a strong start, becoming the most downloaded titles in the world in the days following their launch. Though of course, Tencent is able to market the games across its huge network of users.