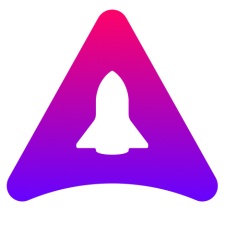 A new start-up called Blast has raised a $5 million seed round to develop tools that earn gamers money while they play.

The app works with mobile and PC titles like Candy Crush Saga, Clash Royale, League of Legends and Counter-Strike.

By signing up to Blast, through ‘trigger savings’ players can receive money through dividends from in-game missions, topping Blast’s weekly leaderboards to win a payout, or simply earning interest on their existing balance.

Missions to get dividends can include testing new games, winning matches and triggering certain achievements such as defeating enemies.

By accomplishing missions players can also move up the Blast leaderboard, with half of all users then eligible to receive a portion of the weekly leaderboard payout - up to $10,000 a week for the top tier players.

Funds earned by players can be used to buy in-app purchases, invested via a Blast partner or taken out as real money.

The idea behind the scheme is to improve engagement and retention among the players of these games, while users get the benefit of making some money.

The investment will be used to develop the toolset in beta and get it ready for launch in Q2 2018.

“We’re excited about working with the top game companies, enthusiasts and streamers.”