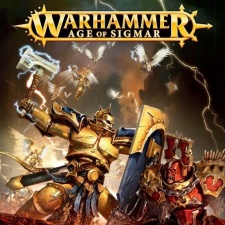 Cambridge-based mobile games developer PlayFusion has teamed up with miniature manufacturers Games Workshop to create a new AR, physical and digital trading card game based on the Warhammer IP.

Warhammer: Age of Sigmar – Champions will use PlayFusion’s Enhanced Reality Engine to bring the physical cards to life through augmented reality to offer enhanced gameplay options. Players will also be able to use the feature to import their physical cards into the digital game and play them online.

The AR trading card hybrid is set to launch in July 2018 on the iOS and Android and will be followed by additional expansions along with card reveals as a part of PlayFusion’s partnership with Games Workshop.

PlayFusion is also set to release a digital edition of the physical Lightseekers trading card game in June 2018.

The mobile games developer launched its Lightseekers TCG back in May 2017 through a partnership with Tomy. The original Lightseekers game was a toys-to-life mobile title, which was funded via Kickstarter in October 2016.

“The majority of our team and I grew up part of the Warhammer community, so it’s a huge honour for all of us to not only partner with such an iconic British company but also to contribute to one of the original and best fantasy IPs in the world. We are really passionate about developing a rich and innovative new way for the community and beyond to experience the Age of Sigmar.”