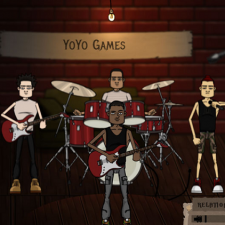 Dundee-based technology developer, YoYo Games, has updated the application IDE and manuals for its development engine GameMaker Studio 2 to include French, German and Spanish languages.

YoYo Games is hoping the move will broaden GameMaker Studio 2’s accessibility to the wider market and will add further localisation later this year.

The GameMaker Studio family of products has been downloaded more than 10 million times since 2012 and currently has 200,000 monthly active users.

“We see the inclusion of French, German, and Spanish languages in both the software and accompanying manuals as a much needed step to further make games development as accessible as possible to everyone,” said YoYo Games general manager James Cox.

“Games development is a global pastime and we want to make it as comfortable as possible for people to start making games. There are millions of people around the world who make games with GameMaker and this update is about recognising the potential of people who want to make games in their first language. We need to make sure there are no barriers to accessing GameMaker Studio 2 and this update is part of that process.”

YoYo Games is handing out free two-week unrestricted licences to GameMaker 2 at GDC and various game jams until March 28th. Alternatively, you can sign up here.