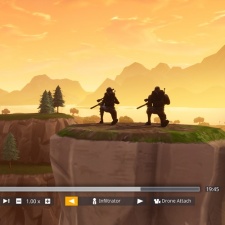 Epic Games unveiled a host of updates and features to the Unreal Engine 4 at its State of Unreal opening session at the Game Developers Conference in San Francisco.

The new engine will also feature a live record and replay feature so players can create their own highlight packages or view a previous game.

The port is being developed by War Drum Studios and will feature a single-player option alongside the studio’s better known online multiplayer survival mode.

Epic Games also hosted a networking and games preview event called ‘Games. Jobs. Beer.’ The event provided attendees with the opportunity to network with developers and recruiters while also trying out a host of games made by developers who used the Unreal Engine.