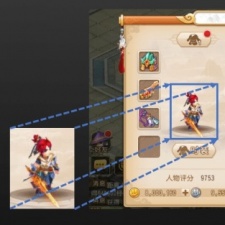 AirTest is a cross-platform UI test automation IDE for apps and games that has been used by NetEase to test several of its flagship mobile games such as RPG Fantasy Westward Journey and PUBG-inspired battle royale title Knives Out.

The test software uses image recognition technology to locate UI elements which allows it to automate tests for games without injecting any additional code. As a result of this, users can simply interact with their phones in the Airtest decide window to automatically generate the python code directly into their scripts.

AirTestIDE currently supports testing for Android and Windows applications, although support for iOS is on the way. NetEase and Google are also discussing furthering their cooperation to use the software in other games development and testing.

"AirTest is one of the most powerful and comprehensive automated testing solution for developing Android games,” said Google Firebase Test Lab lead engineer Justin Broughton. “We are very glad that Netease open-sourced the project to make it available for worldwide mobile developer community. It was also a pleasure to work with talented engineers at Netease to make AirTest part of Firebase Test Lab's game testing solution."