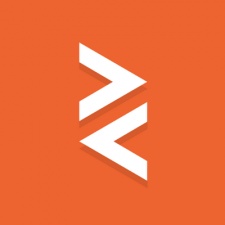 The company was formed in 2011 and is unique in the game development tech space in that it enables creators to make games completely in the cloud.

The toolset has been adopted by publishers including King, Disney and Nickelodeon.

According to Business Insider, financial filings appear to show that PlayCanvas was snapped up in May 2017. Snap also filed for the PlayCanvas trademark in January.

A source “with knowledge of the matter” is said to have confirmed the acquisition. No financial details of the transaction have been revealed.

It’s unclear what plans Snap has for PlayCanvas. The technology could be used to power various augmented reality features in future.

It’s also conceivable that Snap could be looking at integrating games into the platform.

In November 2017 Tencent acquired a 12 per cent stake in Snap Inc. A Tencent spokesperson said at the time that it aimed to work with Snap on “mobile game publishing”.

The Chinese publishing giant recently launched the Weixin in its homeland, a mini-game app that works similar to Facebook Instant Games and gives players access to a number of titles without the need to download additional applications. In theory, similar functionality could be integrated into Snapchat.