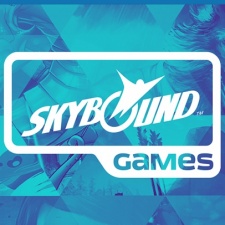 Called Skybound Games, the new branch will be headed up by 505 games co-founder Ian Howe.

The first two games published under the new label will be the September retail releases of Hinterland’s exploration-survival game The Long Dark and Monomi Park’s space-themed title Slime Rancher.

Skybound’s previous games-related activities have been handled through Skybound Interactive and focused on using the company’s IP in mobile and console titles through licensing deals and production partnerships with developers.

The company Skybound Interactive will continue to operate separately from the new games division.

“Partnering with David Alpert, Robert Kirkman, and the rest of the Skybound team is the perfect home for a new video games publishing venture, given their continued dedication to creators in all forms of media,” said Howe.

“The company we are building will not only provide a full range of publishing services but will also offer opportunities for game creators to expand their intellectual properties into other forms of media via Skybound’s existing relationships.”

Com2uS is working on a new The Walking Dead mobile game