Purchase expected to be completed by May 15th 2018 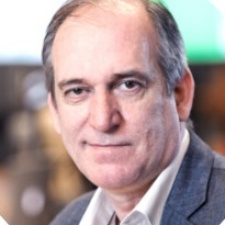 App distribution platform AppScatter is set to acquire mobile app intelligence firm Priori Data in a deal worth up to £13.5 million ($19m).

For the acquisition to go through AppScatter said it will need to raise £15 million ($21m) in funds for which it has received “formal indications of interest”, with most of the money coming from existing investors.

The purchase is expected to be completed by May 15th 2018.

AppScatter said that combined the two companies will be able to offer app data intelligence from 299 billion downloads across five million apps in 55 categories. It will also be able to draw data from six billion devices across 252 territories.

“The acquisition would mark a major step forward in our quest to become the go-to source of information in the app ecosystem, in particular given the scarcity of companies with the quantity of data held by Priori,” said AppScatter CEO Philip Marcella (pictured).