Set for token-based fundraiser on April 17th to 23rd 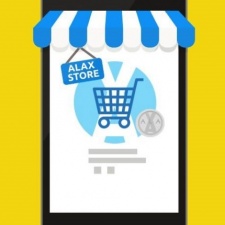 The campaign comes after ALAX has just published its Minimum Viable Product, ahead of the beta version which is planned for September.

The platform is a joint venture from blockchain business DECENT and app and game distribution platform Dragonfly. It aims to provide a platform for content creators and gamers alike, including ‘unbanked’ consumers worldwide.

ALAX recently partnered with Gionee, one of the largest smartphone manufacturers in China and India, shipping over 40 million smartphones worldwide in 2016.

The ALAX platform now comes pre-installed on Gionee’s new smartphones, with older models moving to the ALAX platform in line with regular updates. This will allow game developers to access tens of millions of ‘unbanked’ users  -  particularly in Southeast Asia, China and India.

As part of its commitment to the territory, ALAX has now opened its Asia headquarters in Hong Kong’s Cyberport business park.

“ALAX is doubling down on its commitment to connect the world’s top mobile games developers with consumers around the world," said ALAX co-founder Matej Michalko.

"And key to achieving this is by expanding our presence and network in some of the world’s largest mobile gaming markets which are in Asia.”