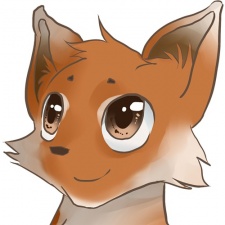 The study, as spotted by GeekWire, found that participants who played Litesprite’s therapeutic game Sinasprite recorded a significant improvement in depression and anxiety symptoms along with improved confidence and coping skills after six weeks.

Of the 141 people who independently found, downloaded and used the app, 34 committed to the six-week programme and recorded pre and post-usage surveys to measure symptoms, which are the same measures that doctors used in a clinic.

Sinasprite is currently in beta on Android and iOS and teaches users skills to combat depression and anxiety based on clinical programs that patients would encounter during therapy.

“We found that there was a significant change in depression after six weeks of use,” Almodovar said.

While researchers found the initial results encouraging as results were said to be organic rather than from a controlled environment, it noted there was room for error given the uncontrolled sample.

Researchers added however that further study is warranted to evaluate Sinasprite when it is out of beta. It recommended a larger a more diverse population with mental health conditions, including anxiety and depression.

You can read the full report here.

Three out of 10 apps uninstalled after 30 days